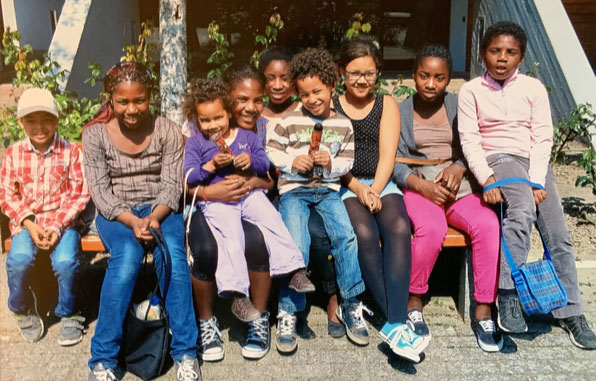 Igbo community Union initiated in 2007 an igbo language course under the chairmanship of Mr Oscar Alison Aliukwu with good aims and objectives as to enable their sons and daughters to understand,speak and write the language of their forefathers effectively,to create awareness in the minds of these young ones of their heritage and the richness of the igbo culture in general, and to intergrate them fully into the norms, values and traditions of the igbo man.

The lesson is held every saturday from 12noon to 2pm at EBW Freiburg. Interested adults are also received. We warmly welcome interested adults who are eager to learn with us because we say in Igbo language,'taa bu gboo', which means that today is still early.

We will not forget to mention that Mrs Eboson and Mrs Oguejiofor played a vital roll as the first teachers who made it possible and easy for us to start the language class.

Our motto is mmuta ,idinaotu na oganihu which means knowledge,unity and progress. The school is open to all and sundry.